Little puts the frozen knife of fear into the heart of a painter more than the idea of painting white. As a side project from my Dark Angels, I started an Ulthwe Eldar force, mostly made from wraith constructs. In part because Ulthwe are an interesting craftworld but also to give me some practice painting black and white.

After posting a few photos of progress, there was little interest in the tricksy, time consuming things like highlighting black or blending the ghost axes. Everyone seemed interested in what turned out to be one of the simplest parts – the white.

Full disclosure: there’s no actual white on this model. Since white is as light as it gets, it can’t be highlighted, so you have to start with a darker base colour. What we’re doing here is giving an illusion of white.

Prime with either black or white. Ideally white if you can build in sub-assemblies but black works just fine – you’ll likely just need another coat or two to cover it. The base coat consists of somewhere between 3-5 coats of Vallejo Deck Tan. As usual, thin it to about 50% water for a smoother finish. Pictured model has 5 coats. 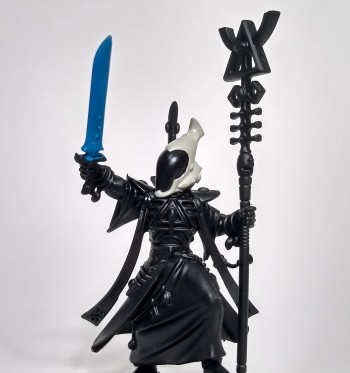 Shade just the recesses with Games Workshop Nuln Oil. Try to keep this as tidy as possible as this will help you later. 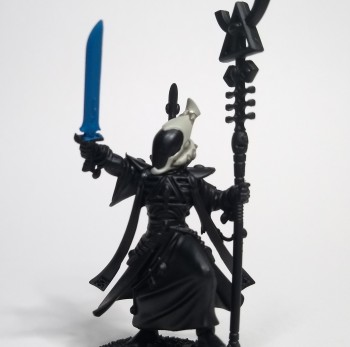 The trouble with using a black shade is that it really stands out against the white. This is fiddly. Carefully tidy around the shading with more Vallejo Deck Tan. As the contrast is so high, this may require a few coats.

Using the edge of the brush, highlight along the hard edges using Vallejo Ivory with 50% water. 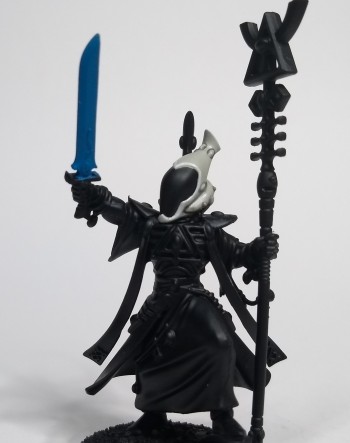 There’s nothing more to it than that. It isn’t so much that white is ‘difficult’ to paint, more that it’s very unforgiving of mistakes. They just take longer to fix. Here are some finished examples using this technique. 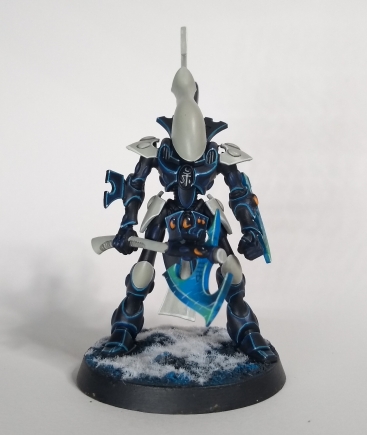 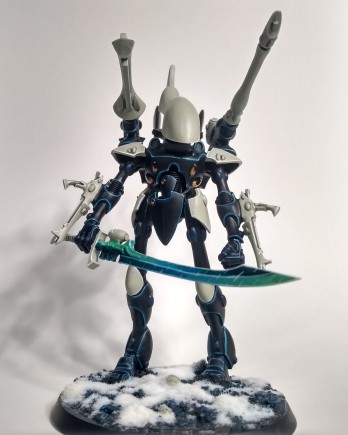 Have a different way of painting white or perhaps you can improve on the above? Let me know in the comments.