D&D Miniatures – or rather, Nolzur’s Marvellous Unpainted Miniatures – are cheap, pre-primed, and have a range to suit the most discerning of players, but are they any good?

While wandering around UK Games Expo, I caught the deadly eyes of a beholder staring at me from an expansive rack of minis. It was an impressive miniature, particularly for £10. And the diversity of the range is incredible. For player characters, various races are covered with male and female options available.

Since the miniature I’ve been using for my storm sorcerer has suffered some battle damage while fighting off elemental evil, I rifled through the shelves and picked out the elf wizard as it’s the closest to what’s in my head for what he looks like. The detail looked pretty good, and they’re cast in plastic (less prone to paint chipping than metal) so I picked up a few to try them out.

The elf wizard’s first outing was a bit of a nail-biter. My group don’t always have the most delicate of touches when clearing minis away to draw out the next encounter, and the staff on that miniature is very fragile. The soft plastic gives it a bit of flex but thin plastic can only go so far before it breaks. While the staff survived the first session, its days were undoubtedly numbered so I chopped it off, drilled a hole through the hand as a grip, and replaced it with a 1mm thick brass rod. Much more stable. 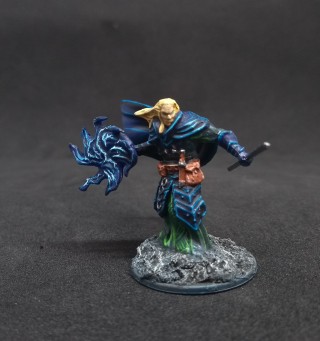 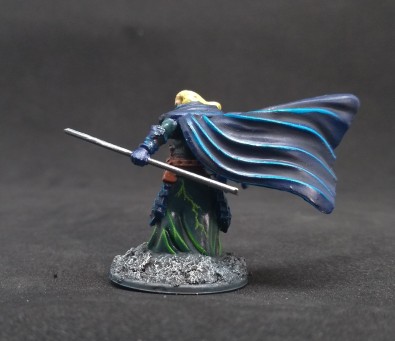 While the above storm sorcerer is perhaps not my best paint job, I can say that the primer did its job well, and the detail is more than adequate to handle a wash for quick recess shading. After a light dusting of Citadel Munitorum Varnish, so far I’ve not seen any chips to the paintwork.

Another of the mini packs that caught my eye was the minics. These iconic little guys come in a pack of 2 for just £5. A quick paint job (base, wash, drybrush, details) gets them on the table in no time. Both of the below took me about an hour. 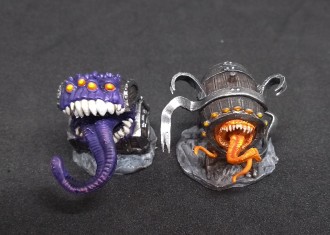 What Can a Pro Do With Them?

Check out this example of the beholder painted by @ICantThinkEm: