It’s an important week, as I finished the major redraft for Legacy of Torr: Forshai Ascended. That was a tough one, and while I question the sense of writing a sequel novel before publishing the first, it’s an exercise I had to go through. It needed finishing.

But this post concerns another endeavour. I signed up to a project for Wargamers All Against Cancer (#WAAC) in which miniature painters donate and paint a unit for a Warhammer 40000 army. The combined army is then raffled off and the proceeds given to Macmillan. This year’s project is the Salamanders and I accepted the challenge of painting a Devastator squad. Of course, being the Fire Born, I had to give those guys all the melta. In order to maintain consistency, we were asked to leave the bases untouched so that they can be done together.

The first task was to get past the intimidation, trying not to embarrass myself amidst the others who had also volunteered. The likes of @Vidpui and Paul Busfield (@Dorns_Templar) are people whose skills I hold in the highest regard. But fortunately this is not a competition and I can be honoured to join their ranks.One can’t be the greatest in all things, but can still walk with giants (eat your heart out, Odysseus). It’s a rewarding feeling to be part of something larger than oneself.

Tangent aside, I cracked on and gave it my best shot: 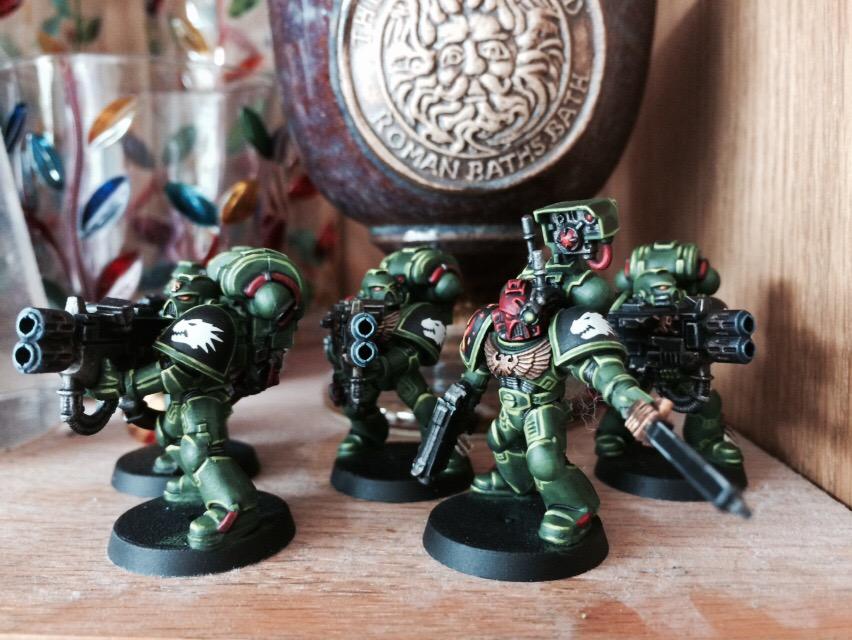 Check out more details on the project and how you can buy tickets for the charity raffle at Rob Hobart’s site (link to JustGiving within):

On the writing front, I sent the first few chapters of my sci-fi novel, Human, out to my writers’ group for critique. Feedback has been excellent so far and suggests that the overall story has potential. Just needs months of blood, sweat and tears to make it a reality. There’s always room for a shorter project, and I’m working on something ‘grimdark’ to send somewhere special.