Now that the new Stormcast Eternals battletome is upon us, the remainder of the Sacrosanct Chamber has revealed itself, clad in magical light amidst arcs of lightning.  My previous blog on this topic, featuring the contents of the Soul Wars box, is here. Let’s take a look at what’s new and where it fits.

The leader of the Sacrosanct Chamber now comes in a total of six(!) options:

Beyond the differing mounts, you’re essentially choosing between spells and command abilities as they differ for each version. Warhammer Community already previewed the named characters so we’ll look at the others.

The Lord Arcanum on foot is the cheap and cheerful option. Like the others, he’s a healer, has the spirit flasks which he can break to dish out some mortal wounds, and they all have buffed up arcane bolts. His command ability can increase the distance an endless spell is moved, so only useful if you’re using endless spells. His Thunderclap spell gives a nice debuff though: subtracting 1 from the hit rolls of an enemy unit.

The dracoline version is all about buffing Evocators on dracolines, his command ability giving their mounts +1 attack each. His spell, Storm Lance, is essentially a 12″ laser beam. It only does a single mortal wound on a 5+ but you do get to roll for each enemy model it passes over. 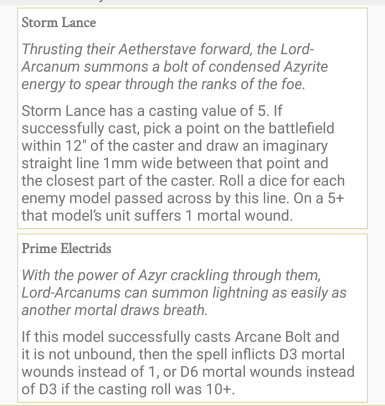 For the ultimate in Lord Arcanum technology, the tauralon is the mount of choice. The command ability seems lacklustre, adding 2 to run rolls for friendly Sacrosanct Chamber models. His Lightning Orb spell, however, works like the ranged attack of the Celestant Prime but at half the range. You’ll probably want this version in the thick of the action as he’s a bit of a beat stick. 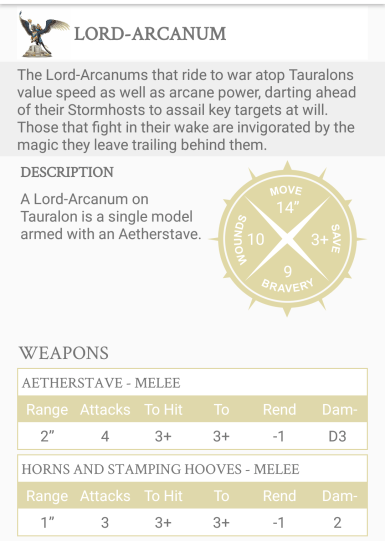 One of the toughest priests you’ll ever meet. That said, it’s probably not worth bothering with unless you’re definitely playing against Daemons or Nighthaunt, or if you think reading to your enemy is your best weapon. 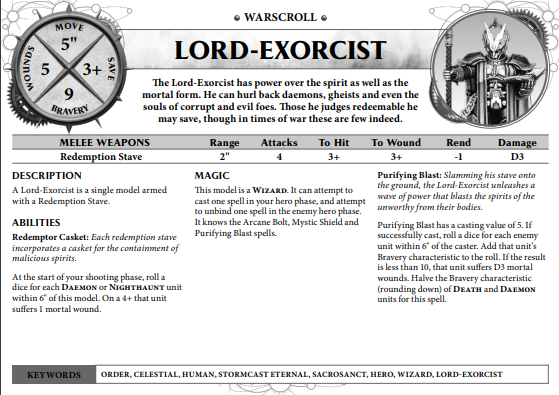 Comparable to the Dracothian Guard of the Extremis Chamber, they get your Evocators into combat fast and they are brutal on the charge. While the dracoths throw out some mortal wounds at range, these offer slightly more mobility so worth considering depending on points (if you’re into matched play). 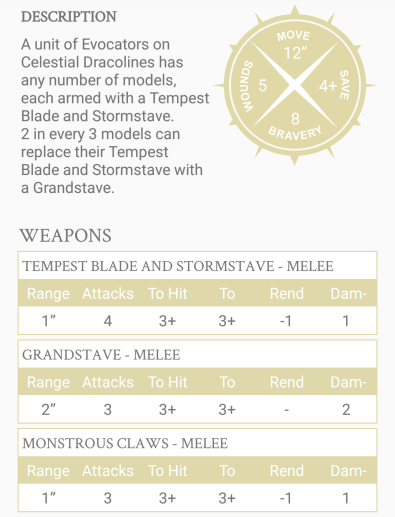 That should pretty much cover the new stuff. Evocators on dracolines, led by a Lord Arcanum on the same mount should make for an absolute hammer of a unit, clearing objectives or smashing through a flank with ease. I suspect we shan’t see too many Lord Exorcists around in matched play as their abilities are too circumstantial.

The Lord Arcanum on foot could be a hidden gem, particularly when combined with a Knight Castellant with the Staunch Defender trait and a group of Liberators. As if the 2+ save with rerolls of 1 wasn’t bad enough, the enemy also have -1 to hit to contend with. Withering!