Level Up Your Gaming: Environment

For many, the draw of fantasy and sci-fi wargaming are the narrative and thematic elements. Giving your army the right environment to do battle in can enrich the whole gaming experience. A weekend visit to play at Warhammer World started me thinking on this.

Behold the Fortress of Kah’Rahkél! 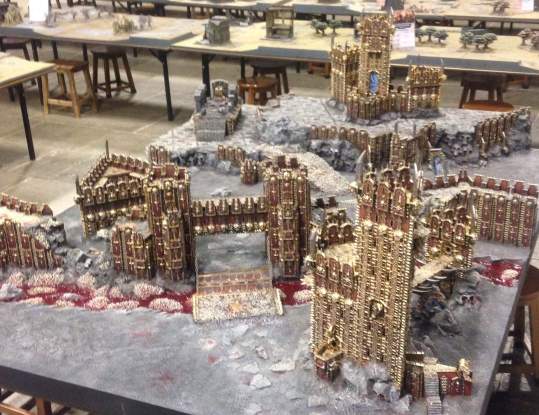 Choosing armies for this was easy – in our four-player team game (2 vs 2) one team took control of Khorne daemons who defended the fortress while the other team of Stormcast Eternals sought its ruin. Upon arrival, none of us wanted to just play for kill points – we wanted the game to mean something, to have a basic narrative behind it. With a table like this, that’s an easy task. The Stormcast Eternals had to take the realmgate at the fort’s centre and the arcane ruins (shown top left). Controlling both objectives meant a major victory, controlling one with the other contested meant a minor victory, and controlling one each was a draw. That took all of a few seconds to devise. It meant an uphill struggle for the Stormcast Eternals but we all had something to fight for and could get on with breaching the gates. 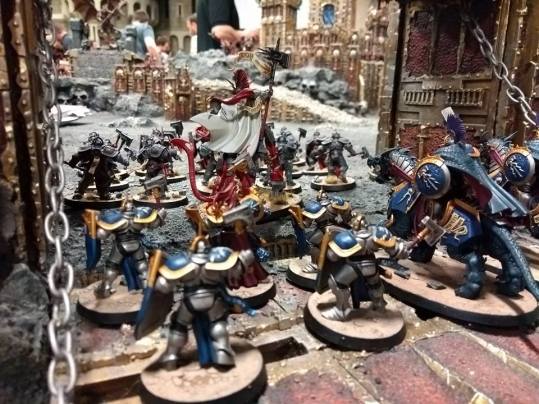 Now, doesn’t that look more interesting than a bare table with a few stacked books and empty cans of beans?

Without the story or environment, you’re playing a set of mechanics. The Warhammer games have such a wealth of narrative (the fluff) that infinite opportunities present themselves. Most importantly, they hit the sweet spot between having a rich narrative and a solid rule set. The likes of Frostgrave and Malifaux offer similar. Instead of just playing a game, you are playing a story where you influence the outcome. For many it’s like the difference between playing Street Fighter and Skyrim – very different experiences. It’s all there to improve the immersion – use it. Let the armies and their environment influence the game you play.

Granted, gaming tables can be prohibitively expensive and take up a lot of space, even the scenery without a table. That’s when gaming clubs or places like Warhammer World come in. If you can get to such a place, even as a hobby goal, it’s worth booking one of the special tables and seeing just how much more immersive your game can be. Gaming mats like the new Soulblight Necropolis from Games Workshop or these beauties from Deepcut Studio go some way to make owning your own more accessible.

The Ruins of Dras-Shiel is another of my favourites for Age of Sigmar:

And J’migan Bridge for an all-out Warhammer 40k Apocalypse smash up with all the tanks and titans: 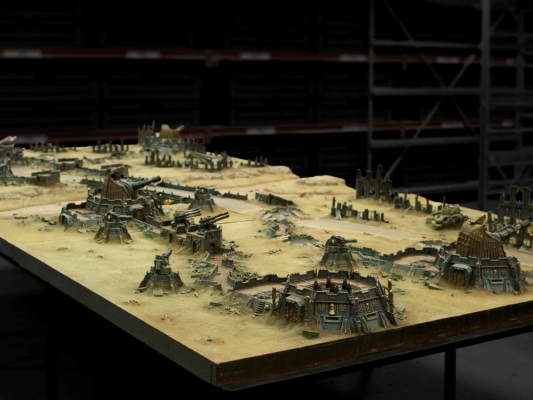 As always, the games are what you make them. There’s nothing wrong with throwing a couple of armies on the table and having it out for a quick game. It’s great for learning mechanics. Narrative and environments, however, add a whole new dimension to the experience.